A Dream of Camelot

A Return to Love
A Musical By Richard Shulman
© 2012 RichHeart Music All Rights Reserved.

Conscious-minded producers, directors, actors who sing, public relations, and other support team to realize the healing musical, “A Dream of Camelot.”Please explore this page. If you feel aligned with the vision, let us know your interest and skill set. We are currently working to bring the show to festivals and resident theatres on the way to NYC.

“Now” From A Dream of Camelot

“Now” from the 3/13/11 performance at the Masonic Temple in Asheville, NC – featuring Jen Worthen, Peter Tamm, and the entire cast.

A Dream of Camelot YouTube video playlist from the 2011 & 2012 productions at the Masonic Temple in Asheville, NC.

From Janet Gold who saw the Masonic Temple performance on 3/12/11:
I loved the production. It was so beautifully put together. The music, all the songs, those I’d heard before and all the new ones were amazing, as was your marathon playing. The audience participation in the meditation session was brilliant. Extremely helpful to me (as you know) was the explanation of the Camelot background. The director made magic. The choreography skillfully kept things moving along …. I was riveted. The actors and singers were warmly engaging and their performances appeared genuine and heartfelt. They seemed emotionally connected to each other. Love was all around.

Comments on A Dream of Camelot performance at the Masonic Temple 3/12/11 from Debra Roberts:
The show was amazing, astonishing, uplifting, made me laugh, made me cry and reminded me of all the great good stuff that any practice I have ever done, points to. The show has come such a very long way from conception to the read-through at the Light Center to this lovely evolution. Tony, Jen, Breazi and Dielle were even more incredible than last time (and that is saying a lot). And the new cast were also so well chosen. The dominator scene was so potent (song and interaction between actors), Who You Are Is Beautiful again just melted me where I sat — my absolute favorite song in a show of many favorites. And on and on …. And staging it there at the Masonic Hall was a great choice. What a jewel of a little theater. And also seeing you in black tie was a treat – that was a really great choice, Richard. Am so very happy to have had this experience of your life changing work, Richard, one more time. You all have to have been so happy with what you did together. You are a great ensemble and I hope that the seeds that got sown this weekend, flower into other shows elsewhere because this production is a great blessing in the life of this world. Thanks so much for always following the Muse and the Call, Richard. Love and blessings, Debra (and Joe who also really thoroughly enjoyed it).

From Dianne Lancaster, having seen the March 2011 performance:
The show was Amazing! I laughed…I cried…..You captured the essence of human emotions and spirit. I see kids dressed up as woodland creatures dancing to “I like it here in the Woods”.Will see you on Broadway! Let’s dance, Dianne

What if you knew your dream of the heart, and somehow, it all unravelled just as you tried to grasp for it?

Would you try again?

This is the premise of “A Dream of Camelot.”

A Dream of Camelot begins in tragedy as Morgaine discovers that Arthur, the lover of her youth, and Mordred, their son, have killed each other. Morgaine sings a lamentation in which she realizes her own responsibility to face the issues that had destroyed their society. Lancelot, and then Mordred and Arthur, now dead, choose to find a better way in the hopes of creating a new Camelot.

The characters from Camelot then vision the qualities necessary to create a new society in which all are honored according to the principles that brought them together.

The characters then show up in today’s modern society, faced with the dance of relationships that are grist for the mill in healing their own lives, and their worlds. The boy gets the girl – or does he? – and through this process learns loving communication and surrender. Along the way the characters explore different alternative lifestyles including a community in the woods and a UFO encounter group, and find ways to bring their relationships to a new level only dreamed of before.

A Dream of Camelot is about loving communication – inside and out; it’s about letting go of what isn’t working and finding a new way within ourselves to change our lives and our world.

Introducing: “A Dream of Camelot”

Our original 9 minute video promo from 2009.

A Dream of Camelot Responses

A Dream of Camelot Responses to the Premier performances from Eartheart Network News with Lisa Soledad Almaraz.

Join Us In Dreaming A Dream of Camelot

For the message and joy it brings to audiences and the world.To collaborate in sponsoring the show:

Special Thanks to our sponsors, advertisers and friends! 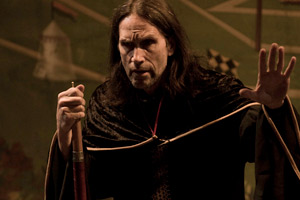 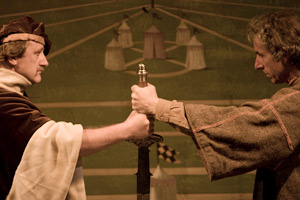 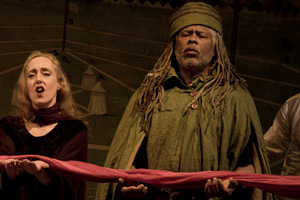 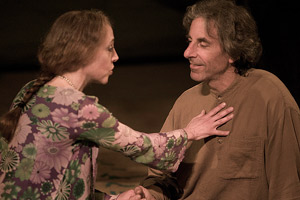 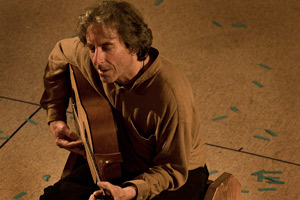 Press Release for the March 2012 performances:

EDITOR NOTE: NEW PRODUCTION OF THEATRICAL MUSICAL
For photos, interview, CDs or more info, contact:
Richard Shulman, RichHeartMusic@frontier.com 828-658-9604
——————————————————————————International recording artist & composer Richard Shulman collaborates with
Director Rock Eblen in a new production of the healing musical
“A Dream of Camelot: A Return to Love”
Featuring 25 new original songs!
at the downtown Asheville Masonic Lodge, Thurs., March 29 – Sun. April 1.
——————————————————————————Asheville composer Richard Shulman’s inspiring musical A DREAM OF CAMELOT is returning to the beautiful Masonic Temple, 80 Broadway St., Asheville, March 29, 30, 31 and April 1. It is being directed by Rock Eblen, a veteran of the Asheville theater scene.Shulman and Eblen are combining their talents for what promises to be a compelling and uplifting evening of entertainment. Both have demonstrated years of dedication to boosting Asheville’s vibrant and independent performing arts community.

This original musical opens with the rise and fall of ancient Camelot. Arthur, Merlin, Lancelot, and Morgaine are vowing to keep their dream of a better world alive. They become magically reborn into today’s society, and find their modern holy grail through adventurous relationships and progressive lifestyles. Will the guy get the girl? Will they find that illusive key to happiness?

A DREAM OF CAMELOT is about loving communication–inside and out–and about finding new ways within ourselves to improve our lives.

A Dream of Camelot Cast and Crew information

Special Thanks to:
Laura Bond, Jerry Crouch, Rock Eblen, Amariel Holz and Jane Hallstrom
for help with the script and story.

A Dream of Camelot had its first reading at the United Research Light Center, Black Mountain, NC September 20th, 2009.

Actors at reading (in order of appearance)

Special Thanks To: The UR Light Center, The entire Cast and Crew

Actors (in order of appearance)

Actors (in order of appearance)

The Greeks used Drama as part of the overall healing process for any illnesses (mental, physical or spiritual). They called the healing process “Therapeia.” It comes from Plato’s central theme: the soul’s search for ultimate fulfillment and salvation from psychological, social, and political disorders. The Greeks had a God of Medicine Healing called Asclepios. Although Apollo was sometime seen as this kind of deity, Asclepios was the son of the union between Apollo and Artemis. He was raised by the centaur Chiron (the wounded healer) who taught him the healing arts.

The main ancient Greek Healing Center dedicated to Asclepios was at Epidaurus and when people came there for healing they were exposed to good food, beautiful surroundings, dream therapy, philosophy lectures, mineral baths, massage, but most of all theatre. While watching the great Greek tragedies they were encouraged to identify with the personas of the Greek Gods and see that they were human-like and screwed up at times. In other word, don’t try to be God-like and perfect and accept your human mistakes. They also believed the ribald Greek comedies had healing powers. Laughing at a character on stage with a six foot phallus who would walk around and bopp people over the head with it was seen as teaching people not to take their illness or themselves too seriously.

They still have annual healing festivals at Epidaurus and in Athens and there is a therapy movement in this country called the Epidaurus Project who utilize the principals of therapeia in their work.